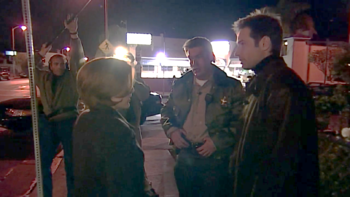 An officer of the Los Angeles County Sheriff's Department, accompanied by a crew from the reality series COPS, responds to a call about a monster attack, and encounters Mulder and Scully, who are on the same trail.

The entire episode is presented in the style of COPS, and was filmed with the co-operation of the makers of that series.

Scully: You didn't get the proof that you wanted, Mulder.
Mulder: Well, hey, you know, it all depends on how they edit it together.