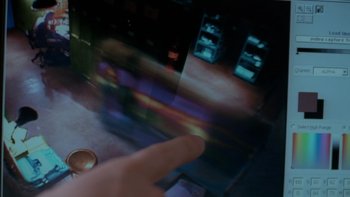 "It was such a rush... moving fast like that."
Written by David Amann
Directed by Robert Lieberman
"Speed, Scully. Somehow, Max Harden has found a way to move faster than the eye can see."
— Fox Mulder
Advertisement:

Mulder and Scully investigate a bizarre murder and find a group of teenagers with Super Speed.

"What if we're too old? Well, you said that teenagers differ from adults chemically and physiologically."