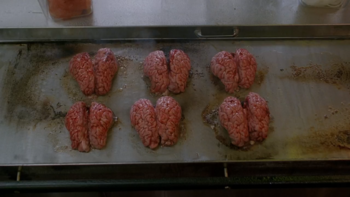 "I think we're looking for some kind of genetic freak - a carnivorous predator as yet unidentified. A monster, if you will."
Written by Vince Gilligan
Directed by Kim Manners
"I have compulsions to eat. I get hungry and I try to put it off for as long as I can but then, finally, I just... I get so hungry that I can't help myself, and..."
— Robert "Rob" Roberts
Advertisement:

Rob Roberts, a seemingly unassuming worker at a fast-food restaurant, has a dark secret, namely that he is mutant who has to eat human brains to survive. As he struggles to keep his nature hidden and his hunger in check, he soon finds himself hunted by two FBI agents.