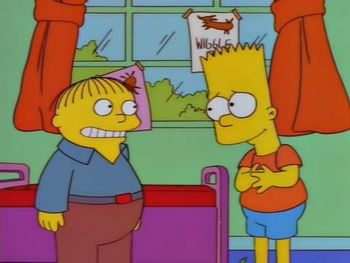 While on a day trip to a hands-on science museum, Marge feels sorry for Ralph Wiggum being bullied and suggests to Chief Wiggum that Ralph and Bart be play buddies, which Bart objects to — until he realizes that Ralph is the son of an incompetent police chief and has police equipment at his disposal (including a master key that opens up every lock in town — including one to an abandoned prison's electric chair).