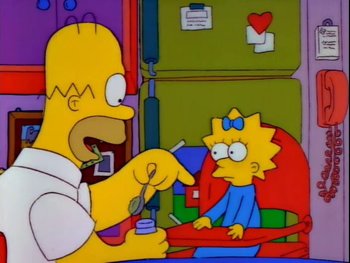 After having a nervous breakdown that almost gets her time in jail, Marge goes to Rancho Relaxo while Homer watches Maggie and her sisters watch Bart and Lisa.