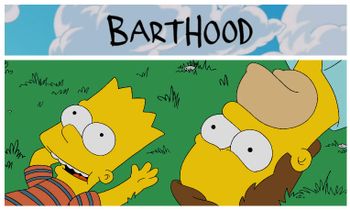 Emulating the movie Boyhood, Bart’s coming of age story chronicles his life from six-years-old to his time as an accomplished young man. Along the way, his tense relationship with Homer and Lisa shape Bart more than he realizes.