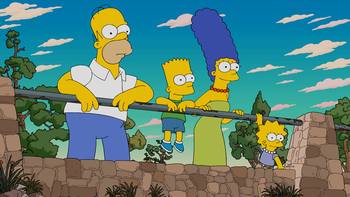 Homer recalls a dysfunctional Simpson-family vacation to the Grand Canyon with the practically perfect Flanders family that turned into a memorable bonding experience.