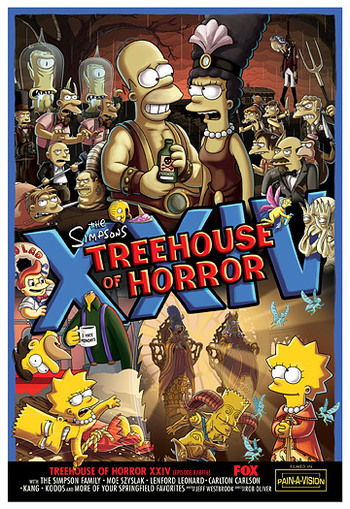 In this year's triptych of terror, Homer is the cheery, yet homicidal "Fat in the Hat" in the Dr. Seuss parody, "Oh, The Places You'll D'oh!", Bart and Lisa are forced to share a body after Bart (literally) loses his head in "Dead and Shoulders," and in "Freaks No Geeks," Homer is a circus strongman who convinces his trapeze artist fiancee Marguerite (Marge) to seduce a sideshow freak (Moe) and steal his prized emerald ring.