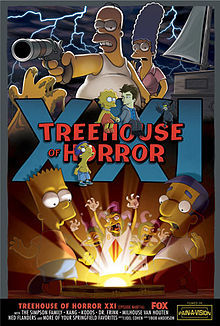 Bart and Milhouse get trapped in a cursed board game in "War and Pieces," Homer and Marge's honeymoon trip on a boat gets interrupted by a castaway who may be a murderer in "Master and Cadaver" and Lisa falls for a preteen vampire called Edmund in "Tweenlight."