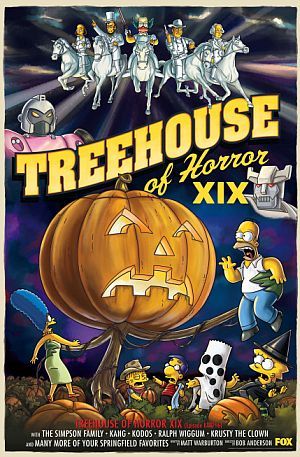 This year, we have a Transformers parody with robots attacking each other in Springfield, Homer murdering celebrities for fun and profit (mostly profit for the executives who want to use celebrities in their ads), and a lawyer-friendly Peanuts parody featuring a murderous pumpkin.