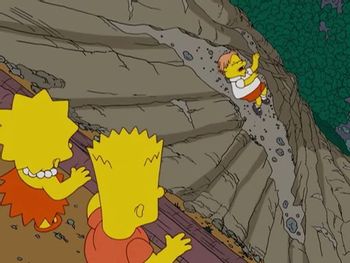 Bart and Lisa fear that they might have killed Martin while Marge thinks Homer is cheating — on his diet.