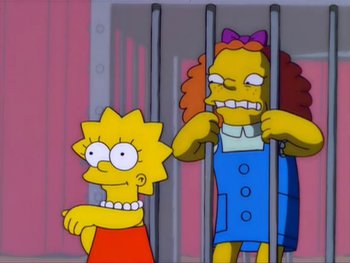 When Otto picks up a new girl named Francine (voiced by Kathy Griffin), Lisa tries to befriend her, only to end up getting bullied by her. Meanwhile, Homer becomes a babyproofer and causes mass unemployment in all child-related health businesses.