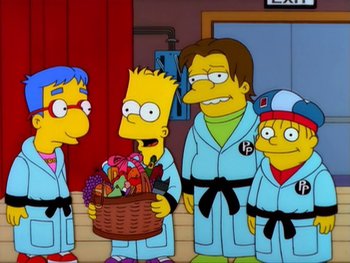 After Bart cheats at the Springfield Marathon, he is recruited by record producer L.T. Smash alongside Milhouse, Nelson, and Ralph Wiggum to form The Party Posse. However, when Lisa sees something strange in the band's new music video, she discovers a shocking conspiracy.