Recap / The Simpsons S 11 E 22 Behind The Laughter 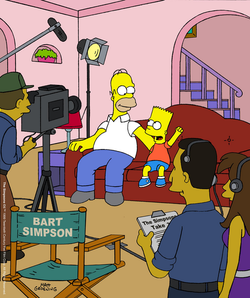 In a parody of VH1's Behind the Music (and other cable documentaries that chronicle the rise and fall of celebrities and casts of famed TV shows, like E! True Hollywood Story), this episode of The Simpsons depicts The Simpson family as actual celebrities whose egos, addictions, feuds, and run-ins with the law are jeopardizing the future of the show. The episode had four writers, one of them being Tim Long.