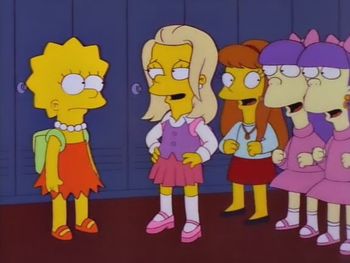 On the first day back to school from summer break, Lisa meets a girl her age who acts twice her age and wants Lisa and her friends to do the same. Meanwhile, Homer recruits Bart to help him make money off recycling grease.

This episode aired as the Lead In for the premiere of That '70s Show.