Recap / The Owl House S 1 E 9 "Something Ventured, Someone Framed" 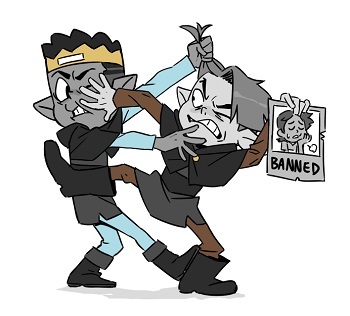 When Gus sneaks Luz into Hexside School to present at the Human Appreciation Society, Luz sees a side of the school she didn't expect.