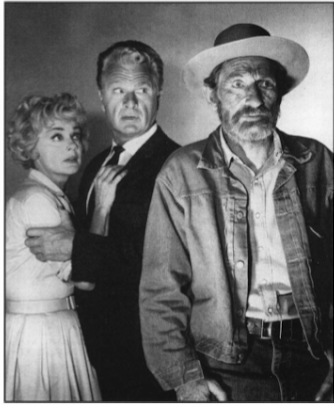 The Thornes keep their distance from the zombified Lamont in this publicity still. 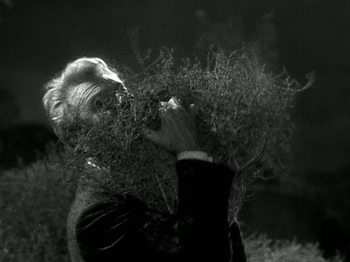 An alien-possessed tumbleweed gets up close and personal with Andy.
The Control Voice: In the not-distant future, the sound of Man will invade those unknown depths of space which as yet we cannot even imagine. In his own world there are no places left beyond the reach of his voice. His neighbor is no longer just next door, but anywhere at the end of a wire. And it all began when prehistoric man discovered the art of communication...

A couple gets trapped on a farm where an alien intelligence tries to communicate.

The Control Voice: "And the light shineth in the darkness, and the darkness comprehended it not." The sound of Man probes the dimensionless range of space, seeking an answer. But if it comes, will he hear? Will he listen? Will he comprehend?