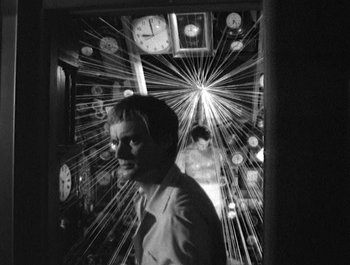 Tone broods while Andre is connected to his time tilter. Is Andre alive or dead in this scene? It depends which version you're watching. 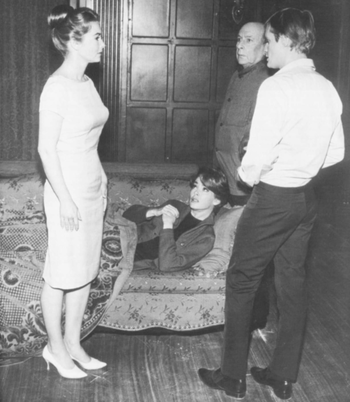 Cassia, Colas and Tone attend to a resting Leonora in this publicity still.

Note: This episode exists in two versions. One is the Outer Limits episode; the other is the unsold pilot for The Unknown, a suspense anthology that ABC commissioned from Joseph Stefano but ultimately rejected. The two versions are identical before their plots diverge about halfway through the story.

After two women kill the playboy who's blackmailing them, they come across the home of an inventor (David McCallum) whose "time tilter" can bring people back from the dead.

The Tropes of Things Unknown: