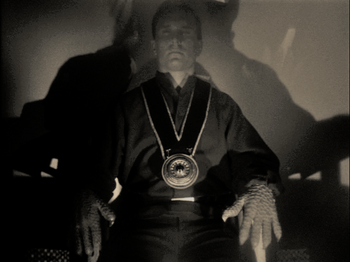 Louis Mace, during his transformation... 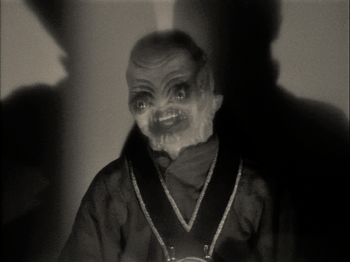 ...and afterward.
The Control Voice: The race of Man is known for its mutability. We can change our moods, our faces, our lives to suit whatever situation confronts us. Adapt and survive. Even among the most changeable of living things, Man is quicksilver-more chameleon-like than the chameleon, determined to survive, no matter what the cost to others... or to himself.

Secret agent Louis Mace (Robert Duvall) is given an alien form to infiltrate a crashed spaceship, but his disguise may work a little too well.

The Control Voice: A man's survival can take many shapes, and the shape in which a man finds his humanity is not always a human one.

"There are very few tropes I haven't had":