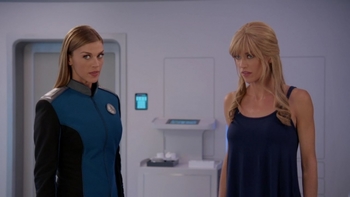 You ever look at your social media posts from seven years ago and think, "ugh, I was such a trash person"?

Imagine those social media posts came and pestered you at your job all week.
A temporal mishap brings Kelly's past self from seven years ago to the Orville.