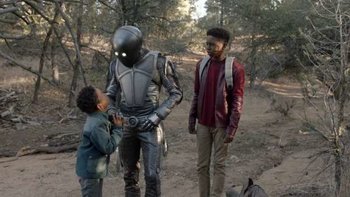 In which Isaac, against all logic and reason, was trusted around children.
Isaac, Dr. Finn, and her children are trapped on an unknown world after their shuttle passes through a spacial fold.