Recap / The Order of the Stick: Snips, Snails, and Dragon Tales 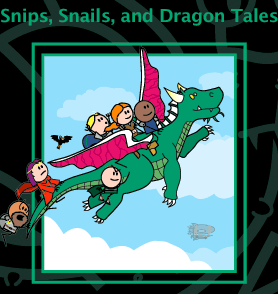 A collection of cartoon strips from Dragon magazine, along with several original works created for the book.