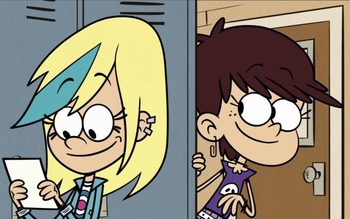 Potty Mouth: The kids hear Lily curse, and are afraid that they are a bad influence on her. Therefore, they want to change their behavior for the future.

L is for Love: A love letter addressed to "L" Loud appears in the house, and the family must find out who the letter is addressed to.