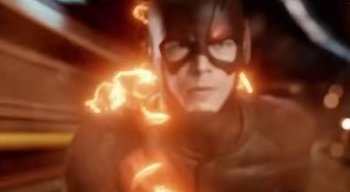 Gotta get back...back to the past...
Advertisement:

In a desperate move to stop Savitar, Barry travels into the future where he sees the long-term effects his decisions will bring.