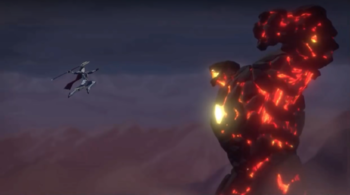 "But I can not repay a debt of a hundred thousand whose lives were saved by sending a million men and women to die in violence."
— Queen Aanya

The attack on the Magma titan has devastating consequences for two kingdoms. In his letter, Harrow shares a lie, a secret and a wish for the princes.