Recap / The Amazing World of Gumball S1E24 "The Genius" 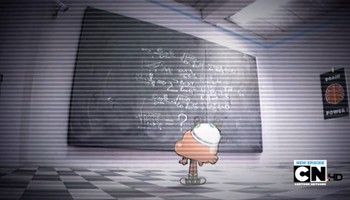 The Wattersons try to cope when Darwin is taken away after receiving a perfect score on his aptitude test, while Gumball gives his reluctant brain an intellectual workout so he can join Darwin.