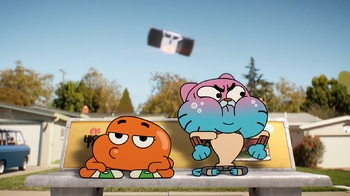 Gumball and Darwin just barely missing all the action.

On a boring Saturday afternoon, Gumball and Darwin decide to find something interesting to do — only to either miss out or pass by all of the weird events happening around them.