Recap / The Amazing World of Gumball S3E7 "The Name" 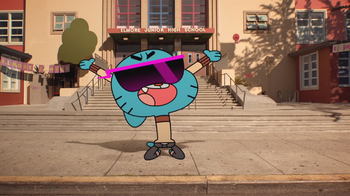 Gumball discovers his real name (Zach) and begins developing the pushy, narcissistic attitude of someone with that name, but the family discovers that the change in personality is really Gumball's Zach side trying to take over.