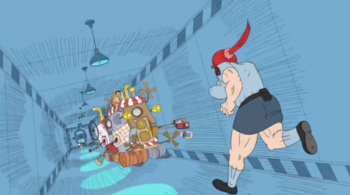 Desperate to score a date with his guard Alice, the Warden decides to open up a bar in Superjail, even as Jared reminds him that dating co-workers is clearly against the regulations.

Meanwhile, a group of inmates try to plot an escape from the jail through its "Sea Gate".