Note: This page is a work in progress. The production order for episodes and alternative titles are listed in notes and on their specific pages. 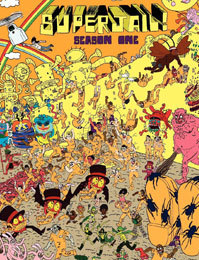 Note: The season 1 DVD and reruns on Adult Swim arrange the episodes in their original production order, rather than the intended airing order set by the crew. The later two seasons do not have this confusion on their DVD releases.

In addition, it's also worth noting that this season would credit the writers differently. While the outlines for episodes and gags were thought up by Karacas, Warbrick, and a few other writers, the revisions and most of the actual scriptwriting duty went to people such as John Lee, Jon Glaser, and Chris McCulloch. The later seasons formally utilized a story editor and revised the writing process somewhat. 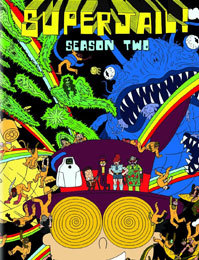 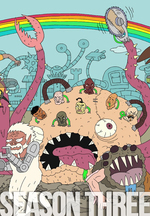 Note: Adult Swim at first confused the scheduling of air dates of several episodes, due to the scripts being written in a much different order than what went into production (as well as the episodes' intended airing order). This lead to a department accidentally airing a promo for "Uh Oh, It's Magic" as an advertisement for the season premiere, as well as having several other errors in their schedule during the early run.

The reruns of season 3 also use the script order listed in the notes, which leads to the above season finale being aired much earlier.