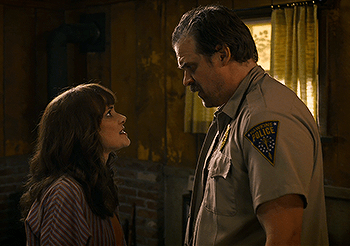 With El and Max looking for Billy, Will declares a day without girls. Steve, Dustin and Robin go on a stakeout, while Joyce and Hopper return to Hawkins Lab.