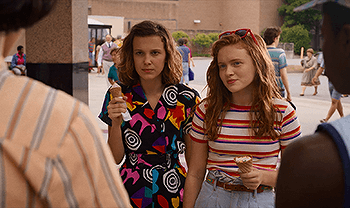 Nancy and Jonathan follow a lead, Steve and Robin sign on to a secret mission, and Max and Eleven go shopping. A rattled Billy has troubling visions.