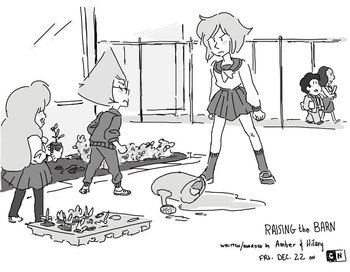 Lapis decides to leave Earth after Steven reveals what occurred on Homeworld.