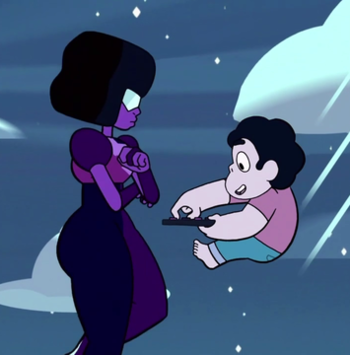 Steven is delighted to be finally back in Beach City and see his house, the beach, and the Big Donut. When Sadie tells him that if he comes back the next day at the opening of the store, he can enjoy the first fresh donut of the day. He is determined to be at there at seven o'clock sharp, but the emergence of a new power sends Steven very high in the sky...