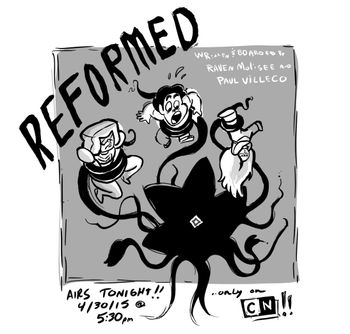 Steven, Garnet, and Amethyst chase after a monster loose in the temple.