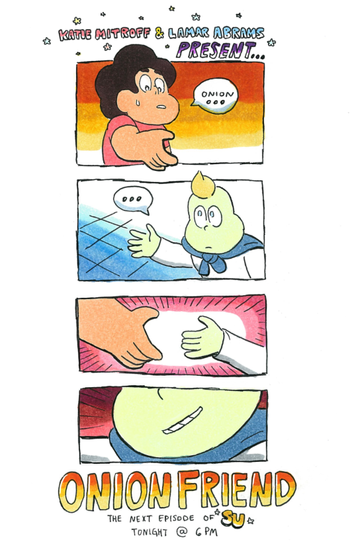 Steven's perfect lunch is interrupted when Onion steals his bag of chips. A chase leads to Steven learning that Vidalia, Onion's mom, used to be close friends with Amethyst. Steven then explores Onion's house while Amethyst and Vidalia reconnect with each other.