Recap / Star Wars Rebels S2E18 "The Mystery of Chopper Base" 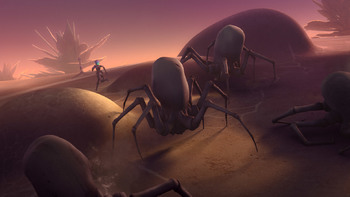 Kanan, Ezra and Ahsoka prepare to depart to unravel Vader's secret, while the rebels find a way to fend off the predatory creatures that occupy the planet.