Recap / Star Wars Rebels S2E08 "The Future of the Force" 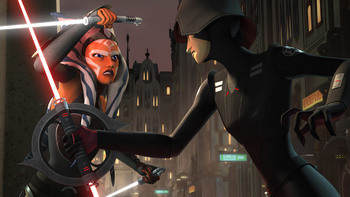 Kanan, Ezra, and Zeb have to protect Force-sensitive infants from being kidnapped by the Inquisitors.