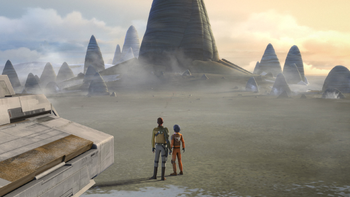 Kanan and Ezra travel to a Jedi temple on Lothal where Ezra can test his readiness to be trained as a Jedi. While Ezra makes his way through the temple alone and confronts his fear of abandonment, Kanan must also confront his own fears of inadequacy as a teacher.