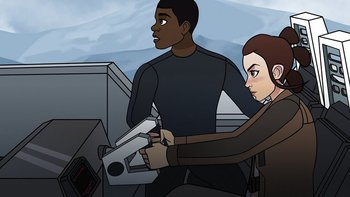 Timeframe: Between scenes in The Force Awakens

In a dangerous snowspeeder chase across Starkiller Base, Rey and Finn work together to escape pursuing snowtroopers.