Recap / Star Wars: Forces of Destiny S1E6 "The Imposter Inside" 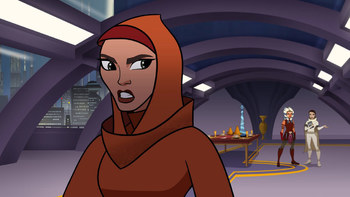 Ahsoka and Padmé face off against a shape-shifting bounty hunter.