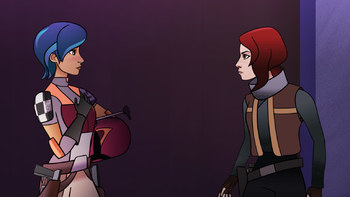 Timeframe: During Rebels, before Rogue One

Sabine and Jyn accidentally meet while fleeing from stormtroopers.