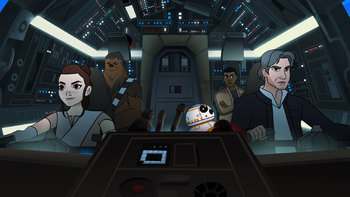 Timeframe: Between The Force Awakens scenes

During their trip to Takodana, Rey and Chewbacca remove a tracker from the Millennium Falcon, having been placed there by Unkar Plutt.