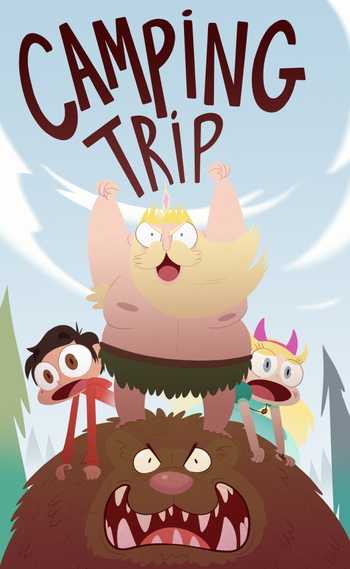 Marco and Star go on a camping trip, and King River unexpectedly joins them.