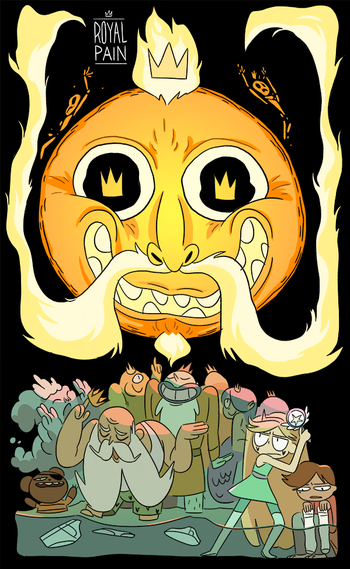 King Butterfly visits Star and the Diazes after a spat with the Queen, but he soon wears out his welcome.