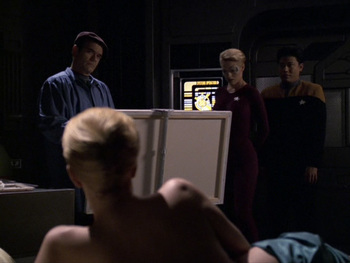 "He does the hands very well."
"Apparently, he's had a great deal of practice."
The Doctor starts experimenting with a subroutine that lets him daydream at the same time that an alien is using him to spy on Voyager.