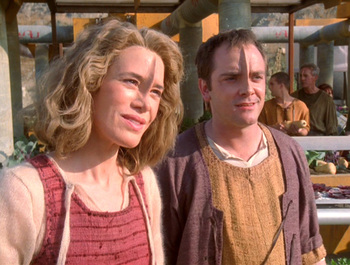 Icheb's parents get a second chance with him.
Just when Icheb's absolute engineering brilliance has been discovered, his parents get in contact with Voyager, and are eager to get him home...