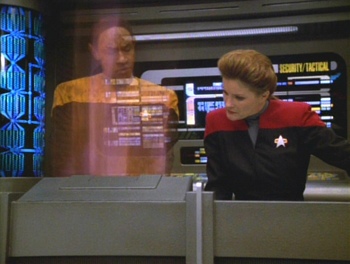 Every nine minutes, this happens. Maybe Tuvok can rethink his security measures while he's elsewhere.
Voyager's crew start to disappear, replaced by members of an alien race.