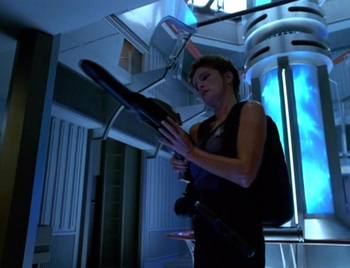 Ohhhh, you pissed Janeway off now.
Captain Janeway and Neelix return to Voyager to find the crew immobilized by a mysterious alien threat, a 'macro-virus' that can grow to enormous size.