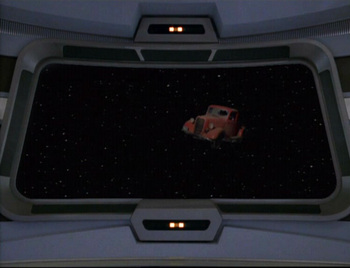 Now here's something you don't see every day.
In the meantime, I suggest we all brush up on ancient Earth.

Voyager encounters a planet where humans who have been abducted just before World War II were taken to, one of them being a famous figure — aviator Amelia Earhart.